Join us in Austin

This year's Forum is being held at the The Hilton in downtown Austin, Texas. The Hilton Austin is sold out so NAEM has secured discounted rooms at nearby hotels including Hyatt Place Austin Downtown, and the Courtyard Marriott Austin Downtown/Convention Center.

Get your hotel room now!

Getting to the Hilton Austin (The Conference Venue) 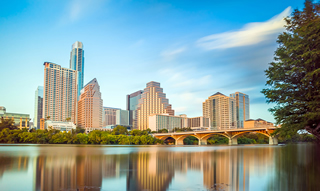 Austin is the capital of Texas, located in central Texas and the American Southwest. The city is the cultural and economic center of the five-county Austin–Round Rock metropolitan area. The city is home to not just the University of Texas Longhorns, but to development centers for many technology corporations; it adopted the "Silicon Hills" nickname in the 1990s.
It is also one of the greenest cities in the United States. The City of Austin received a national 2013 Climate Leadership Award from the U.S. Environmental Protection Agency and partner organizations. This award recognizes the City of Austin’s outstanding achievements. It was the first City in the nation to be selected for this award. Information on the Austin Sustainability Program.

Austin generally has Indian summer that extends into November.