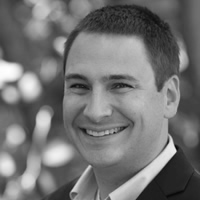 Zach has been with the City of Austin since 2011, where he manages the Austin Climate Protection Program in the City of Austin’s Office of Sustainability.  His primary duties include overseeing the implementation of climate change mitigation and adaptation strategies across the City.

Zach holds an MBA from the Presidio Graduate School and undergraduate degrees in Chemistry and Chemical Engineering from Purdue University. 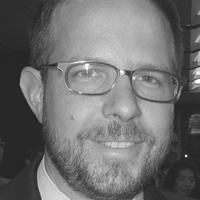 He is also an active participant in several national and international efforts focused on water and climate change. He was appointed by then U.S. Commerce Secretary Locke to the National Climate Assessment Development Advisory Committee, which is overseeing the development of the 2013 U.S. National Climate Assessment (NCA) for the federal government. He is a Convening Lead Author of the Water Resources chapter and a Lead Author of the Adaptation chapter of the NCA. He is Chair of the Water Utility Climate Alliance (WUCA), an alliance of ten U.S. water suppliers focused on providing leadership in assessing and adapting to the potential effects of climate change through collaborative action, and is involved in the International Water Association’s Water, Climate and Energy Program.

Mr. Fleming is a frequent speaker on water and climate change issues at national and international conferences and is at the forefront of water utility leadership on issues such as adaptation, climate risk and infrastructure management. 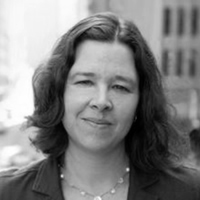 Kate Gordon leads the Energy & Climate team at Next Generation, developing policies and communications strategies to combat climate change and move the U.S. to a clean energy economy. She also serves as the Executive Director of Risky Business, a joint initiative of Bloomberg Philanthropies, the Office of Hank Paulson and Next Generation, to quantify and publicize the economic risks of climate change.

Ms. Gordon is a nationally recognized expert on the intersection of clean energy and economic development. Prior to joining Next Generation, she was Vice President for Energy and Environment at the Center for American Progress (CAP) in Washington D.C., where she still serves as a senior fellow.

She has worked on a variety of economic development and social justice issues for more than 15 years, and is regarded as a leader in the national “green jobs” movement. She has focused on issues related to clean energy manufacturing, regional economic development in clean energy sectors, and American competitiveness. She contributes regularly to the Wall Street Journal as one of the paper's "Energy Experts," blogs for the Huffington Post, and writes a weekly update on California energy and climate news for Next Generation.

Prior to joining CAP, Kate was the co-director of the national Apollo Alliance (now part of the Blue Green Alliance), where she still serves on the Board of Directors.  Earlier in her career, she was a senior associate at the Center on Wisconsin Strategy and an employment and consumer rights litigator at Trial Lawyers for Public Justice in Oakland.

She earned a J.D. and master's degree in city planning from the University of California-Berkeley and an undergraduate degree from Wesleyan University.